I should have seen this coming years ago when everyone started buying old Airstreams and revamping them into snazzy, modern campers and food carts. The trailer hotel could not be far behind.

Imagined as an artist retreat in the desert of Southern California, this delightful hodgepodge of trailers opened in April 2010. In addition to your trailer (there’s 8 to choose from), there is also a saltwater pool, fire pit, horseshoes, archery range, rooftop hot tub, recording studio, and of course stunning views. 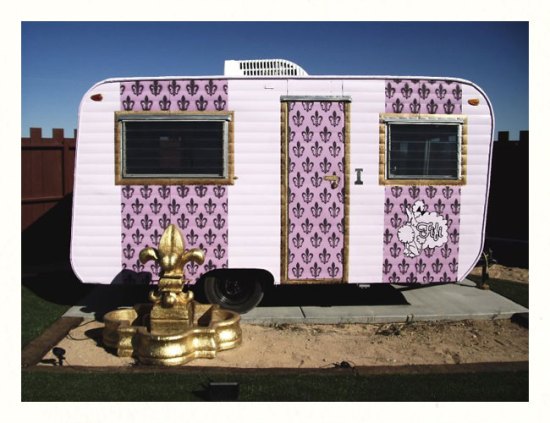 Fans of mid-century design and furnishings will relish this collection of 9 restored aluminum trailers, one vintage bus and a 50s era yacht. The Shady Dell originally opened in 1927 as a spot for tired travelers cruising Hwy. 80, which ran from Savannah, Georgia to San Diego, California. You can still hook up your RV here, but you no longer need to bring your own trailer. There’s also a 50’s style cafe called Dots so you don’t even need to dirty the vintage kitchens. 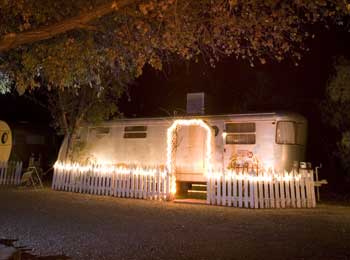 The Grand Daddy hotel has take the Shady Dell American kitsch and refined it into something still nostalgic, but totally hip. Located on the roof of the more traditional hotel, the Airstreams have been re-designed by local creatives and boast themes like Afro-Funk, Love of Lace and Pleasantville. Luckily for guests, there’s a bar on the roof as well so no need to operate the elevator after roof top cocktails. 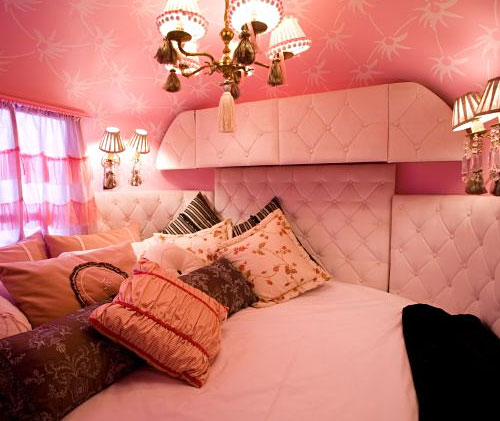 Airstreams for rent also come solo, for those who aren’t interested in the party atmosphere of the trailer park hotels. This one is located between Aberaeron and Lampeter on the West coast of Wales in a private meadow. Built in 1964 and totally redone it’s quite a nice way to play at traveling gypsy for a weekend.

The British built Vickers Caravans were made from the 50’s through 70’s for the gypsy market. Larger than Airstreams, these were meant to be the main home for  gypsy families living a traditional life in Britain. This is some serious luxury camping, but don’t worry that it’s gotten too highbrow. There’s still a rowboat and a lake nearby so you don’t spend too much time indoors, even though you’ll want to. 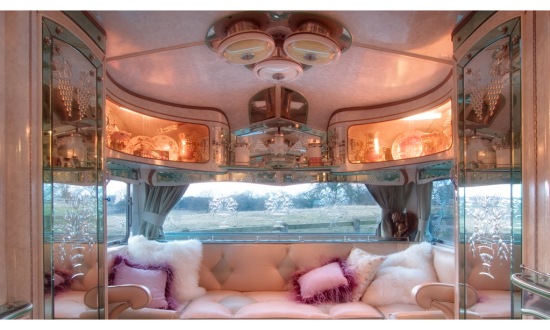 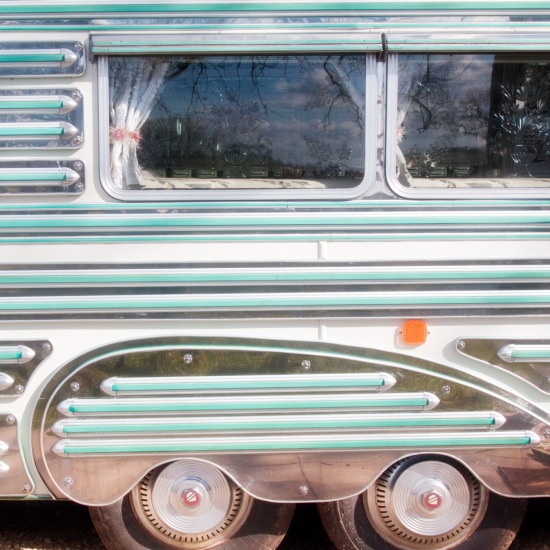